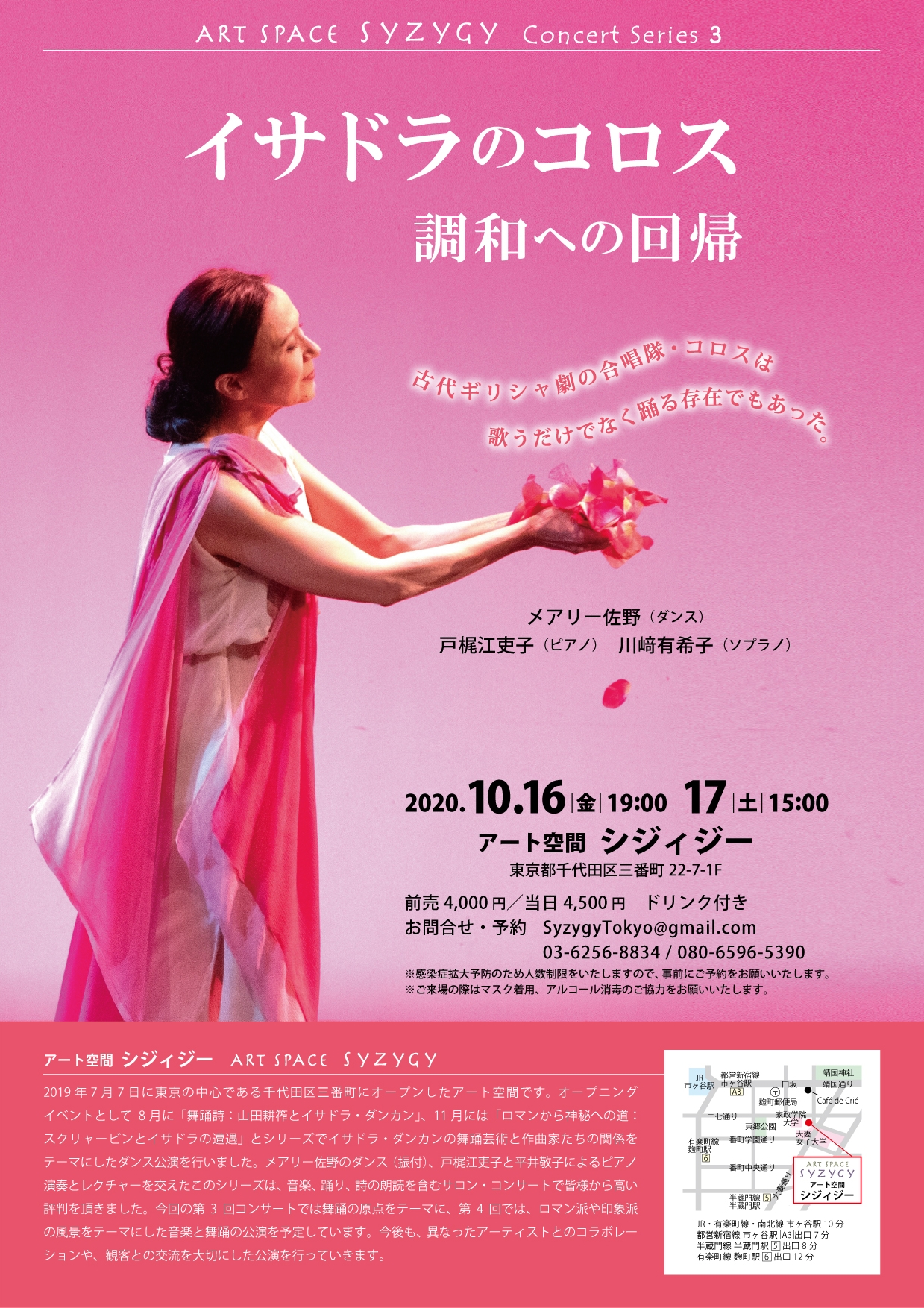 The Choros (chorus) in ancient Greek tragedy was played the role not only of singers, but dancers as well. Over many years of development in theater, these two ‘roles’ of the Choros gradually separated. In opera as we now know it, the role of dance became completely different from the original Choros. Isadora Duncan realized “In our own times we have no music created for the dance”, and found more fundamental human rhythms in the work of great composers such as Bach, Beethoven, Schubert, Chopin, and Wagner. Isadora thought the Choros of tragedy is the true place of the dance because contemporary music lost its harmony with natural rhythms, poetry, movement, as was once expressed by the Choros.
The postponement of this performance from April and going through the pandemic experience (which one could consider a modern tragedy), has given us the opportunity to further examine the history of dance and its true origins. This performance is our first step in a great challenge: attempting to fuse singing, dancing, and poetry in an essential way. The rebirth of the original Choros that Isadora once described as “a Miracle of Love”.