The Mary Sano Studio of Duncan Dancing is dedicated to the preservation and promulgation of Isadora Duncan’s art, and exploring its contemporary relevance through ongoing new works.

Since its opening in 1997, the Studio has been a center for preserving the Duncan dance tradition and also for presenting a variety of cultural performances of local and international artists at annual festivals. 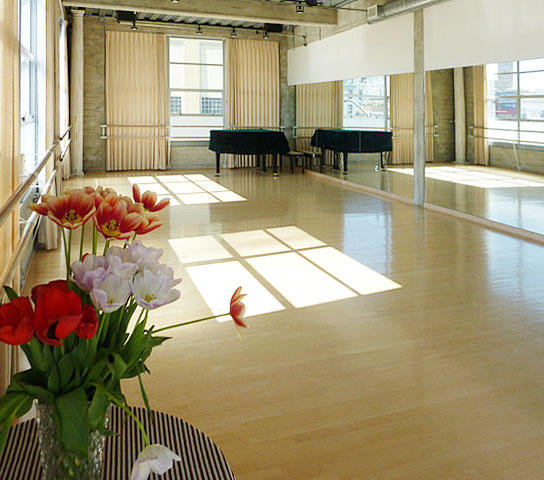 The Mary Sano Studio has been presenting a multitude of performing arts events every year, most notably The Dionysian Festival in May: a celebration of Isadora Duncan’s birthday, and A Terpsichorean Celebration in November: on the anniversary of the founding of the studio. In those programs, the studio has presented not only traditional Duncan dances but also other forms such as Modern dance, Butoh dance theater, improvisational theater/movement works, and others. The studio has also presented a wide variety of music performances: classical and traditional to popular and folk music from all over the world. The studio has put extra emphasis on cultivating music as seeds of inspiration for new dance works.

One of the studio’s main goals is to present high-quality art with audiences in a close and unified environment. The audience capacity is approximately seventy (60 chairs and 10 floor cushions) with basic theater lights and sound system.

The studio is conducting ongoing dance classes in different forms of dance and other activities for all ages and levels of students.